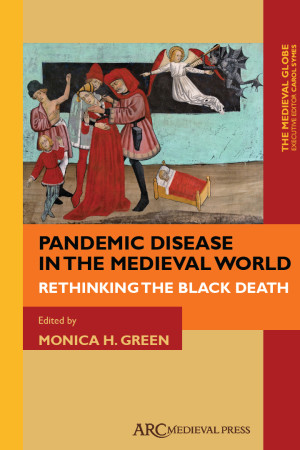 Pandemic Disease in the Medieval World

It was one of the most famous health issues in history. The Black Death plague organism (Yersinia pestis) spread from Asia throughout the Mediterranean, North Africa, and Europe in the fourteenth century, and in just a decade it killed between 40 and 60 percent of the people living in those areas.

Previous research has shown, especially for Western Europe, how population losses then led to structural economic, political, and social changes. But why and how did the pandemic happen in the first place? When and where did it begin? How was it sustained? What was its full geographic extent? And when did it really end?

Pandemic Disease in the Medieval World is the first book to synthesize the new evidence and research methods that are providing fresh answers to these crucial questions. It was only in 2011, thanks to ancient DNA recovered from remains unearthed in London’s East Smithfield cemetery, that the full genome of the plague pathogen was identified. This single-celled organism probably originated 3000-4000 years ago and has caused three pandemics in recorded history: the Justinianic (or First) Plague Pandemic, around 541-750; the Black Death (Second Plague Pandemic), conventionally dated to the 1340s; and the Third Plague Pandemic, usually dated from around 1894 to the 1930s. This ground-breaking book brings together scholars from the humanities and social and physical sciences to address the question of how recent work in genetics, zoology, and epidemiology can enable a rethinking of the Black Death’s global reach and its larger historical significance. 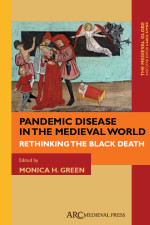 Pandemic Disease in the Medieval World 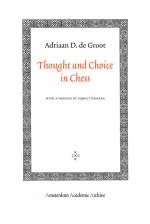 Thought and Choice in Chess 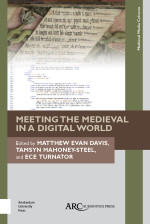