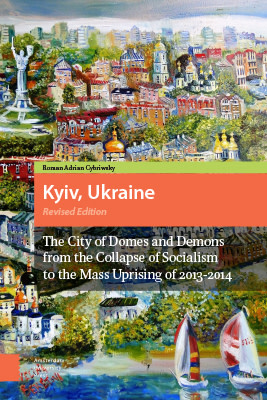 "Cybriwsky deserves praise for his astute, captivating, and perceptive study - an indispensable introduction to present-day Kyiv and its people." -- Ihor Stebelsky, University of Windsor for The AAG Review of Books

"This is a valuable and timely book." -- P.E. Heineman, University of Maryland University College for CHOICEconnect

"Real stuff. Roman Cybriwsky knows this city and its people, speaks their language, feels their frustrations with its opportunist and corrupt post-Soviet public figures - one hesitates to dignify them as "leaders" - who have bankrupted this land morally and economically. From beneath, embers of his authorial rage stoke this fine urban ethnography. Cybriwsky has an eye for the telling vignette, and he cares deeply about this place. He writes with liveliness, occasional dark humor, and with - to employ a term cheapened by contemporary overuse, but here fully apt - passion. Read this." -- John Charles Western, Professor of Geography, Syracuse University, USA

"Roman Cybriwsky has produced an interdisciplinary tour de force: a scholarly book that is also an anthropological and sociological study of Kyivites, a guide to Kyiv and its society, politics, and culture, and a journalistic investigation of the city's darkest secrets. At this time of crisis, hope, and fear in Ukraine, Cybriwsky's book is indispensable." -- Alexander Motyl, Professor of Political Science, Rutgers University, USA

"Kyiv's history is rich with complexity, its cultural contributions multifaceted, and its physical form enchanting and intricate. Yet those with custodianship for its fate since the collapse of the Soviet Union have been negligent at best in their management of the city. Cybriwsky explains why the city should be of such great interests to urbanists everywhere, and how the city's mismanagement in recent years helped create a civic revolt which led to the collapse of a corrupt national government. Filled with personal observations by a highly trained and intelligent urbanist, Cybriwsky's study explores how cities assume symbolic meaning which re-creates how residents think about themselves. Kyiv, Ukraine: The City of Domes and Demons is a beautiful and powerful work that reveals profound truths about a city we all need to know better." -- Blair A Ruble, Vice President for Programs, Woodrow Wilson Center

"Cybriwsky himself is a strong voice throughout the volume, using his position as a multi-lingual Ukrainian-American scholar to gain various vantage points depending on the context and his interlocutors." -- Emily Channell-Justice, Canadian-American Slavic Studies

"Resourceful and full of life, this book will be useful to all Ukraine specialists, just as much as historians of Eastern Europe, geographers, ethnographers, city planners and architects, political and social scientists, and of course travellers and interested members of the public." - Europe-Asia Studies

Kyiv, Ukraine: The City of Domes and Demons is a pioneering case study of urban change from socialism to the hard edge of a market economy after the fall of the Soviet Union. It looks in detail at the historic capital of Ukraine - Europe's seventh-largest city - with emphasis on the changing social geography of the city, on urban development, and on critical problems such as official corruption, social inequality, sex tourism, and destruction of historical ambience. The book is based on fieldwork and an insider's knowledge of the city, is written in an engaging style, and is nicely illustrated with numerous photographs by the author. A beautiful city that has been known for its great river, the Dnipro, and for so many spectacular churches capped with golden domes that it was once called a New Jerusalem, is today being devoured by demons of capitalist greed and corruption.

Roman Adrian Cybriwsky is Professor of Geography and Urban Studies at Temple University in Philadelphia, USA, and former Fulbright Scholar at the National University of Kyiv Mohyla Academy. He divides his time between Philadelphia, Kyiv, and Tokyo, about which he has also written books. 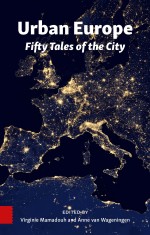 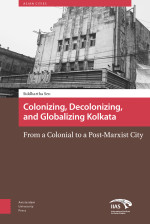 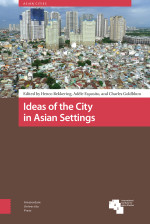 Ideas of the City in Asian Settings