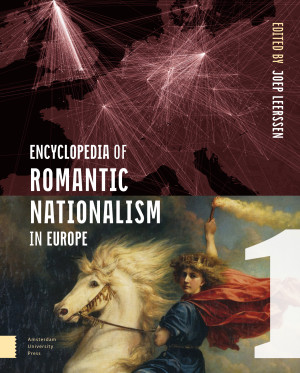 The Encyclopedia of Romantic Nationalism in Europe is Tom Shippey's The Times Literary Supplement Book of the Year 2018!
The most important and impressive work of collective scholarship for many years has to be the two-volume Encyclopedia of Romantic Nationalism in Europe, edited by Joep Leerssen (Amsterdam University Press) (...) The Encyclopedia accordingly presents a matrix of some thirty 'Cultural Currents' (including mythology, the historical novel, national drama), and some fifty 'Cultural Communities', German and Danish, Gaelic and Galego. Hundreds more entries deal with prominent individuals, all meticulously cross-referenced. It’s a work to dip into, for amusement, or learn to use, for scholarship. Transnational, multimedial, a shock on every page. This excellent encyclopedia is an extraordinarily rich source of information on the cultural background of nation-formation. Its sophisticated and effective system of cross-references allows it to go beyond earlier English-language surveys in mapping all European nations comprehensively, regardless of size or power, in both East and West. It is equally even-handed in analysing 'Romantic Nationalism', and the 19th-century national movements that were inspired by it, as motivated by an idealistic, Europe-wide cultivation effort for the improvement of national cultures (which I consider to form part of European values). - Miroslav Hroch, Prague Ambitious in its scope and as far as I can see, impeccable in its execution, the Encyclopedia of Romantic Nationalism in Europe is a major addition to earlier historical encyclopaedias. It will become indispensable to scholars in all the disciplines concerned with either nationalism or romanticism. - Peter Burke, Cambridge This vast encyclopedia is the essential resource for understanding the ethnocultural repertoires that sought to define, indeed to create, the nations of Europe. Leerssen, has drawn on a vast network of scholars to present the entire spectrum of cultural production-linguistic, literary, material, and performative-that nineteenth-century Europeans mobilized to express their transcendent sense of national identity. In a climate of renewed nationalist fervor, all those who hope to understand the deep roots of European identity and identities in these challenging times will profit from the Encyclopedia of Romantic Nationalism in Europe. - Patrick Geary, Princeton ...we can conclude that this encyclopaedia constitutes a valuable research tool not only for anyone dealing with the specific phenomenon of romantic nationalism throughout the whole of Europe but also, generally, for anyone researching modern European history. - The Historical Review/La Revue Historique, 2018

Encyclopedia of Romantic Nationalism in Europe

This encyclopedia documents the presence and impact of nationalized cultural consciousness in European nationalism. It tracks how intellectuals, historians, philologists, novelists, poets, painters, folklorists, and composers, in an intensely collaborative transnational network, articulated the national identities and aspirations that would go on to determine European history and politics, with effects that are still felt today.

Edited by Joep Leerssen, in cooperation with almost 350 authors from dozens of countries, this encyclopedia gives a clear idea of the intricate (transnational and intermedial) networks and entanglements in which all aspects of Romantic Nationalism are connected.

The online Open Access edition of The Encyclopedia of Romantic Nationalism in Europe is available here.
€ 269,00
+ Order this book
Editor

Joep Leerssen holds the Chair of Modern European Literature at the University of Amsterdam. He is the author of many authoritative studies on the relations between literature, historical consciousness and nationalism. 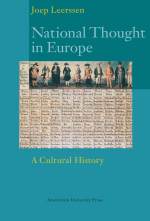 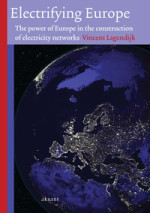 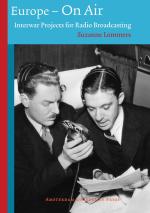 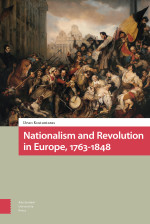