The Aesthetics and Affordances of Massive Media: What happens when a building becomes a screen?

What are the critical and creative possibilities of large-scale public projections, urban screens and media architecture, and the technical and social networks connected to them? We analyze the role that ‘massive media’ can play in practices of monumentality, public art, and digital placemaking and placekeeping. 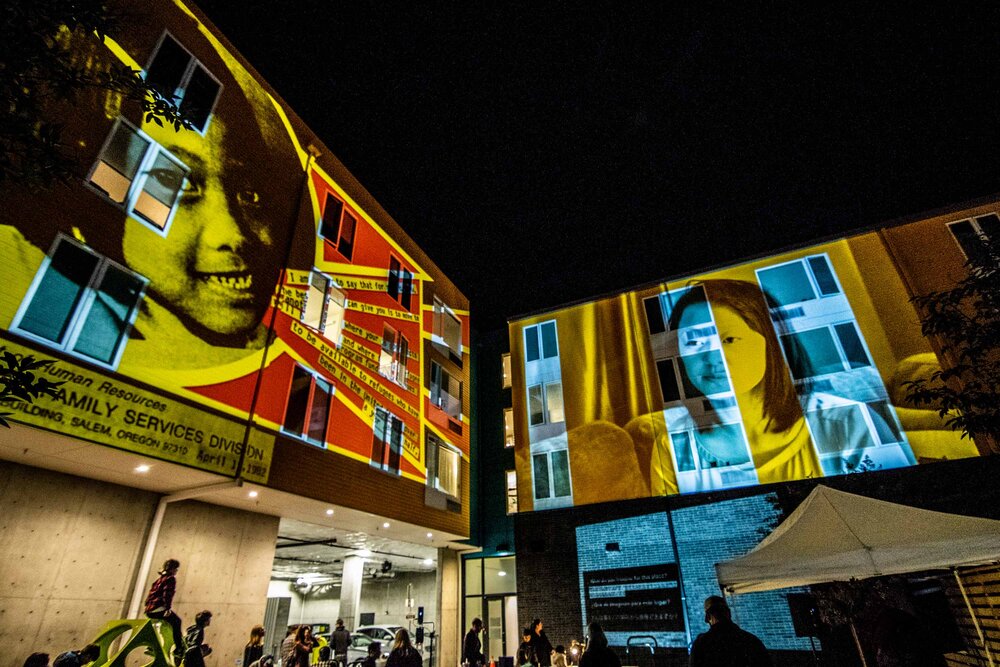 In collaboration with Amsterdam University Press, Ryerson University and the Media Architecture Biennale

Dave Colangelo’s The Building as Screen: A History, Theory, and Practice of Massive Media (Amsterdam University Press, 2020) describes, historicizes, theorizes, and creatively deploys massive media – a set of techno-social assemblages and practices that include large outdoor projections, programmable architectural façades, and urban screens – in order to better understand their critical and creative potential. Massive media is named as such not only because of the size and subsequent visibility of this phenomenon but also for its characteristic networks and interactive screen and cinema-like qualities. Examples include the programmable lighting of the Empire State Building and the interactive projections of Montreal’s Quartier des spectacles.

This panel considers how massive media might enable and necessitate the development of new practices of expanded cinema, public data visualization, and installation art and curation that blend the logics of urban space, monumentality, and the public sphere with the aesthetics and affordances of digital information and the moving image.

This event will take place via Zoom in the following timezones:

When you sign up through the form, you will receive a link to the livestream beforehand: https://www.spui25.nl/en/forms/projectsites/spui25/en/registration-forms/2020/11/what-happens-when-a-building-becomes-a-screen.html?origin=aydi99IFT0uesym3VxR73w.

Wednesday, April 7th, 2021 - 09:00
Virtual
The Renaissance Society of America has determined that its 2021 Annual Meeting will be virtual.
+ More events