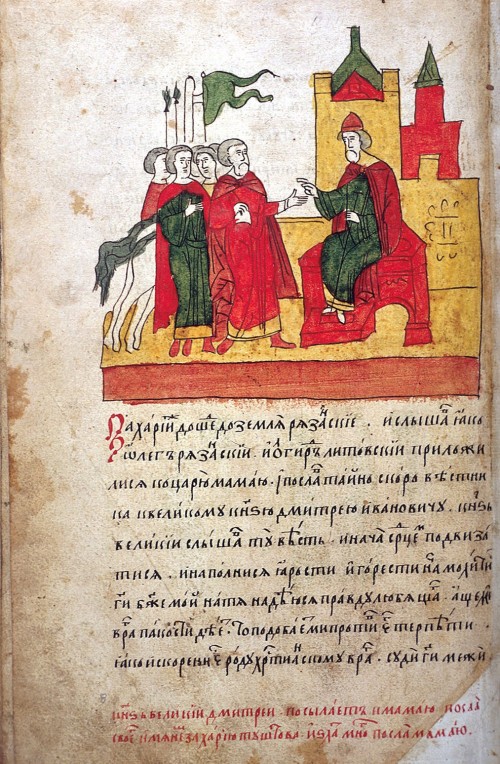 Miniature of the Grand Duke Dmitri sending Zakharii Tushtoff as an envoy to Tsar Mamai with many gifts of gold. Origin: Russia
The British Library Catalogue of Illuminated Manuscripts

ARC – Medieval Rus and its Neighbours

Medieval Rus and its Neighbours publishes both new research in English and translations of monographs and sources in other languages that cover the early history, literature, archaeology, art and culture of the lands that were previously the territory of the former Soviet Union. The series employs a broad interpretation of the medieval period by extending it to the early eighteenth century to reflect the historical specifics of the region. Books on subjects beyond the geographical and chronological scope of the series may be considered when they reflect historical and cultural dynamics essential for the series’ specialisation.

The series is particularly keen to consider submissions from scholars not natively writing in English in an effort to increase the diversity of Anglophone publishing on the greater medieval world. Submissions may be monographs or edited volumes of 70,000 or more words (including translations of key monographs or sources into English), or shorter “minigraphs” of 45,000 to 60,000 words.