Virtual Book Launch 'Walter Benjamin and the Aesthetics of Film'

A talk and book launch as part of the School of Languages, Literatures and Cultural Studies Research Seminar Series in association with the Trinity Long Room Hub.

Dr Sebastian Truskolaski (King’s College London) will be in conversation with the author of the recently published book Walter Benjamin and the Aesthetics of Film (Amsterdam University Press, 2020), Dr Daniel Mourenza (Trinity College Dublin). The book is the first monograph devoted to analysing the writings on film that German philosopher and literary critic Walter Benjamin produced during his life. It examines his writings on Soviet and German cinema, Charlie Chaplin and Mickey Mouse, and situates these texts as part of Benjamin’s thinking, especially in relation to his concept of ‘anthropological materialism’, which explores the changes that the human body experienced with the arrival of modern technology.

Dr Daniel Mourenza is an Assistant Professor at the School of Languages, Literatures and Cultural Studies at Trinity College Dublin. He holds a PhD in Cultural Studies from the University of Leeds. He has published extensively on Walter Benjamin, critical theory, visual culture and Spanish and Latin American cinema. Walter Benjamin and the Aesthetics of Film (Amsterdam: Amsterdam University Press, 2020) is his first monograph. Mourenza is currently co-editing a book with Dr Mirna Vohnsen on contemporary Argentine women filmmakers.

Dr Sebastian Truskolaski is a Lecturer in Comparative Literature at King’s College London. He was awarded a PhD in Art History/Visual Culture at Goldsmith in 2017. Truskolaski is the author of Adorno and the Ban on Images (London: Bloomsbury, 2020). He has also translated Walter Benjamin’s short stories in The Storyteller: Tales Out of Loneliness (London: Verso, 2016) and Theodor W. Adorno and Gershom Scholem’s Correspondence, 1939-1969 (Cambridge: Polity, 2021). Truskolaski was an Assistant Professor in the Department of Germanic Studies at Trinity College Dublin from 2017 to 2019. 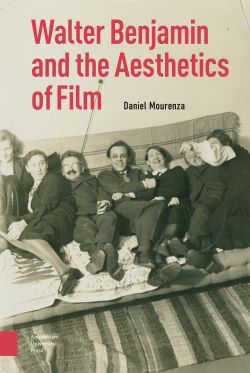