Making sense of Roman finds in the West: The Roman Object Revolution

The British are often famed for having an island mentality. As a student interested in the transition from Iron Age to Roman Britain, I rarely questioned the value of studying ‘Roman Britain’ in isolation from the rest of the Roman world. This was all set to change when I picked up the report of an excavation from Luxembourg, which showed startlingly familiar configurations of objects…
Martin Pitts at the book launch, as part of an event for the annual ‘Being Human’ festival, Exeter.
Copyright: Martin Pitts.

In my book The Roman Object Revolution (Amsterdam University Press, 2019), I explore Rome’s impact on people in late Iron Age northwest Europe by comparing the contexts and combinations of an influx of new objects. By taking a cross-provincial approach to archaeological material from Britannia, Gallia Belgica and Germania Inferior, spanning Belgium, Britain, France, Germany, Luxembourg and the Netherlands, the book underlines the benefits of thinking about material culture in terms of a connected Roman empire.

As Roman expansion connected the object worlds of the Mediterranean and the ‘barbarian’ northwest, the ensuing ‘object revolution’ had two major impacts. In the short-term, the appearance of vast numbers of new standardised objects of Mediterranean design helped to create new possibilities for cultural sharing, as well as maintaining distinct local identities. For example, pots like the terra rubra cup (pictured) were placed in the graves of local people in virtually identical combinations in Essex (SE England) and Luxembourg, implying a close cultural connection. Such combinations were not for everyone, and were scarce, however, in contemporary cemeteries in the Netherlands. By looking at the ‘Big Data’ of such object associations, the book highlights the existence of large-scale cultural networks across perceived boundaries (i.e. the Channel), both before and after Roman conquest. 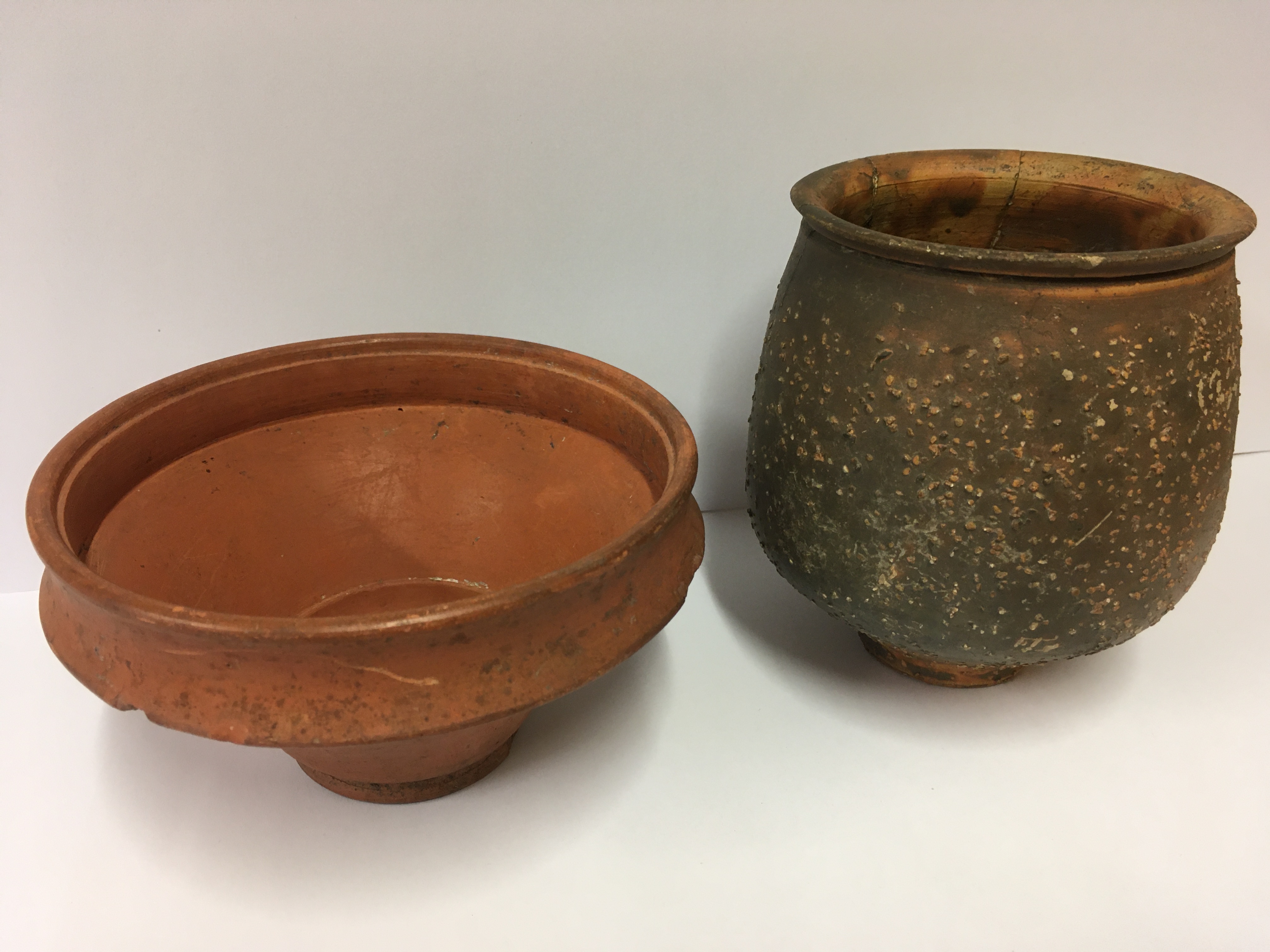 In the longer-term, the ‘object revolution’ took new directions. One such change involved the everyday objects used by the Roman military. When Roman soldiers first arrived in northwest Europe, most had been recruited from the Mediterranean, bringing with them a taste for Mediterranean food and drink. However, over time, recruitment became increasingly local, with societies like the Batavi (Netherlands) and the Nervii (France/Belgium) providing significant manpower as early as the first century AD. While military service provided a way for such people to ‘become Roman’, the Roman military also changed through the influence of its recruits. In this way, it did not take long for pots like colour-coated beakers (pictured) became part of military life, being better suited for drinking northern European beer, as opposed to wine. Changing fashions of everyday objects like this help to illustrate how northwest Europe was Romanised, while fundamentally changing what it meant to be Roman at the same time.