In this column, Allison Ochs, founder and owner of EDIT Change Management and author of Would I Have Sexted Back in the 80s?, addresses schools and technology, our relationship with smart phones, and suggests how educators and directors can deal with their demands. 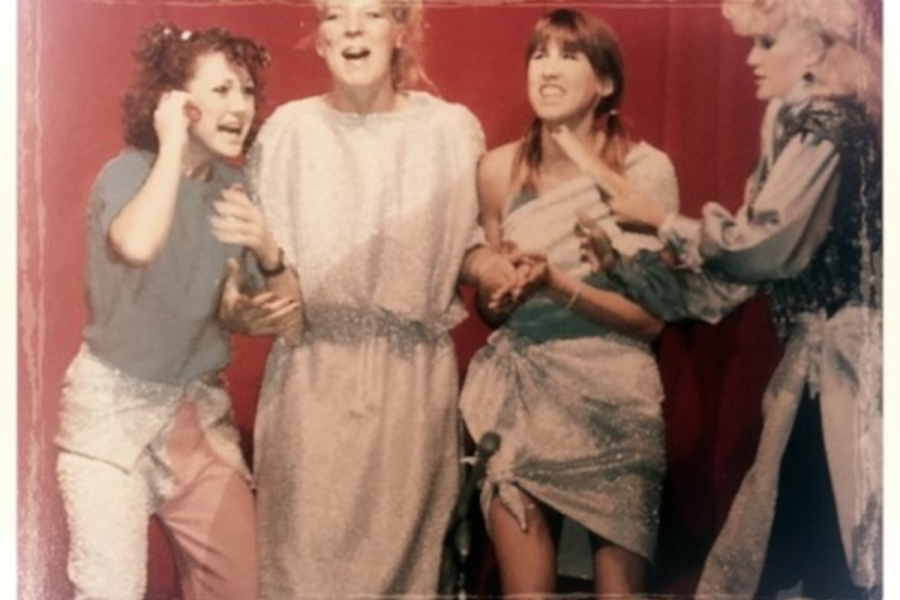 Allison Ochs and classmates back in the 80s at Davis High in Kaysville, Utah.
Allison Ochs was raised one of eleven children in a Mormon family in Utah. She is now a Social Worker/Teen expert living with her husband and children, combining the knowledge from her youth with her work experience in Europe.

Last May I was sitting at the University of Amsterdam watching a young woman defend her Ph.D. on social media. She asked for all phones to be put away and on silent. She was ignored. A seven-year-old boy spent 80 minutes playing the same game as the screen lit up his face, distracting me. Flashes of light and a little man ran across bars of his screen as he maneuvered his phone to the left and right, not taking note of the stained glass windows, the artwork, the painted beams, or the beautiful robes worn by the professors. I had to wonder why the child was missing school for this event if he didn't take the time to look up from his screen even once.

I then became curious to see if he was the only one looking down and turned around to scan the audience. I found young adults checking their social media feeds as their friend talked about her research and some of the negative effects of social media to distinguished professors.

Two evenings before this speech I had been in Het Concertgebouw in Amsterdam to see Wynton Marsalis play the music of Duke Ellington. The young man in front of me spent a significant portion of the concert on Facebook and Instagram. I was greatly annoyed as the pictures of his friends, his chats, and likes where flashing in front of my sight, distracting me from the music and the vibe in the room. I scowled at him; after the intermission, he changed seats with his partner, his phone out of my eyesight but still in use.

I know I am not alone in my frustration. Schools and parents are struggling as Silicon Valley elites such as Tristan Harris are spilling the beans on how they came to realize that they’ve unleashed a beast among us.

Allison launching her book Would I Have Sexted Back in the 80s?

When confronted about their phone use and screen time, teens lash out, "We can't be social without our phones." They have a point and nevertheless, something needs to happen.

The press is reporting almost daily on social media and on how phones are hijacking our brains. Slowly we are becoming aware of some of the dangers such as FOMO, anxiety, stress, phone addiction, sexting, and online bullying.

As I travel around and give presentations to teens, their parents, and educators on raising/educating digital teens, I have been criticized by a few tech enthusiasts, staff members in particular, for painting smartphones too negatively. I don't hate phones. On the contrary, I happen to love having an encyclopaedia in my pocket. I would never suggest that we go back in time and not use the technology we have. The questions, however, remain lurking; when and how much technology should be used in schools and how do we deal with smartphones? I will address the latter in this column.

As I discuss this in schools, I have been surprised by the emotion that has surfaced. Some parents, students, and staff seem to believe that without smartphones, schools cannot be modern. Being unconnected is archaic, not teaching kids to live in the modern world.

"This is part of their everyday life. How would a smartphone-ban help? They need to learn to live with them."

"I chat with my daughter every day while she is in school. If she is sad, she can talk to me about her problems during the school day. I was bullied in school, and I wish I could have talked to my Mom."

"I believe in freedom. The school has no rights over something we own. It is our freedom to use our phones as we see fit."

Then I hear the other arguments:

"I know that my daughter checks her Instagram all day. Her grades have dropped. The school says it is part of the teen world and they don’t want to restrict phones but I don't like it."

"Students are taking pictures of me. I think they are making fun of me in their group chats. Is there anything I can do to protect myself?"

Marienke van Terheijden as a modern teen with her smartphone. Acted as part of the book launch for Would I Have Sexted Back in the 80s?

As a debater, I could argue both sides and likely win, but that is not the point. The point is for you to make the right decision for your school right now and to do that, you need to know the facts.

Are phones dumbing us down?

Yes. The proof is striking.

In The Organized Mind: Thinking Straight in the Age of Information, Daniel Levitin, a psychologist, reported that “being in a situation where you are trying to concentrate on a task, while an e-mail is sitting unread in your inbox, can reduce your effective IQ by 10 points.” This means not only are your students distracted but the teacher might also be losing IQ points by merely knowing that an email is waiting.

Do smartphones have a negative impact on the well-being of students?

Again, the simple answer is yes.

In a major study led by Prof. Shalini Misra at Virginia Tech in 2014 showed that the mere presence of a smartphone impoverishes a face-to-face conversation with a friend. The report shows lower levels of empathy and a greater sense of alienation from the group by just putting a smartphone on the table. A British survey states that 20% of teens found that interacting with friends on social media left them feeling depressed.

And what about their sleep?

More than 60% of 18- to 29-year-olds report sleeping with their smartphones in their beds. One student told me he felt anxious if he could not touch his phone. "Seriously, I take it to the bathroom with me. I cannot be without it, and I hold on to it when I am falling asleep."

Some nights, as I am doing my last rounds through the house, I will walk by one of my kids’ phones plugged in by our piano. My children are snug in their beds but their phones are active, lighting up as messages flood their inboxes. Occasionally, I will stop and glance down, dazed by the late night activity and shaking my head, "It is no wonder you guys are all so tired."

Sleep-deprived children are something you will have noticed at your school: 57% more teens were sleep-deprived in 2015 than in 1991.

To fix any problem the first step is awareness, and this seems to be spreading as cultural awakening is taking hold. As you contemplate how to deal with this at your school, I would like to ask you five things:

Lastly, I would like to ask you to contemplate my questions while doing some soul searching. Ask yourself what your relationship to your smartphone is. Quietly roam the halls and classrooms observing your students and staff as they use technology. Then take the time to interview students and teachers over a cup of tea or hot chocolate diving deeply into this subject and creating a vision of your school and technology.

The tech industry is slowly starting to take some responsibility for what they have created as there is a push for ethical design. Just as Frankenstein created a beast in Mary Shelley’s novel 200 years ago, the tech industry has also created a beast that we all love and are not ready to give up, yet need to tame, in such a way that it will meet our educational and ethical standards. 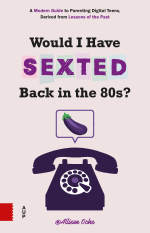