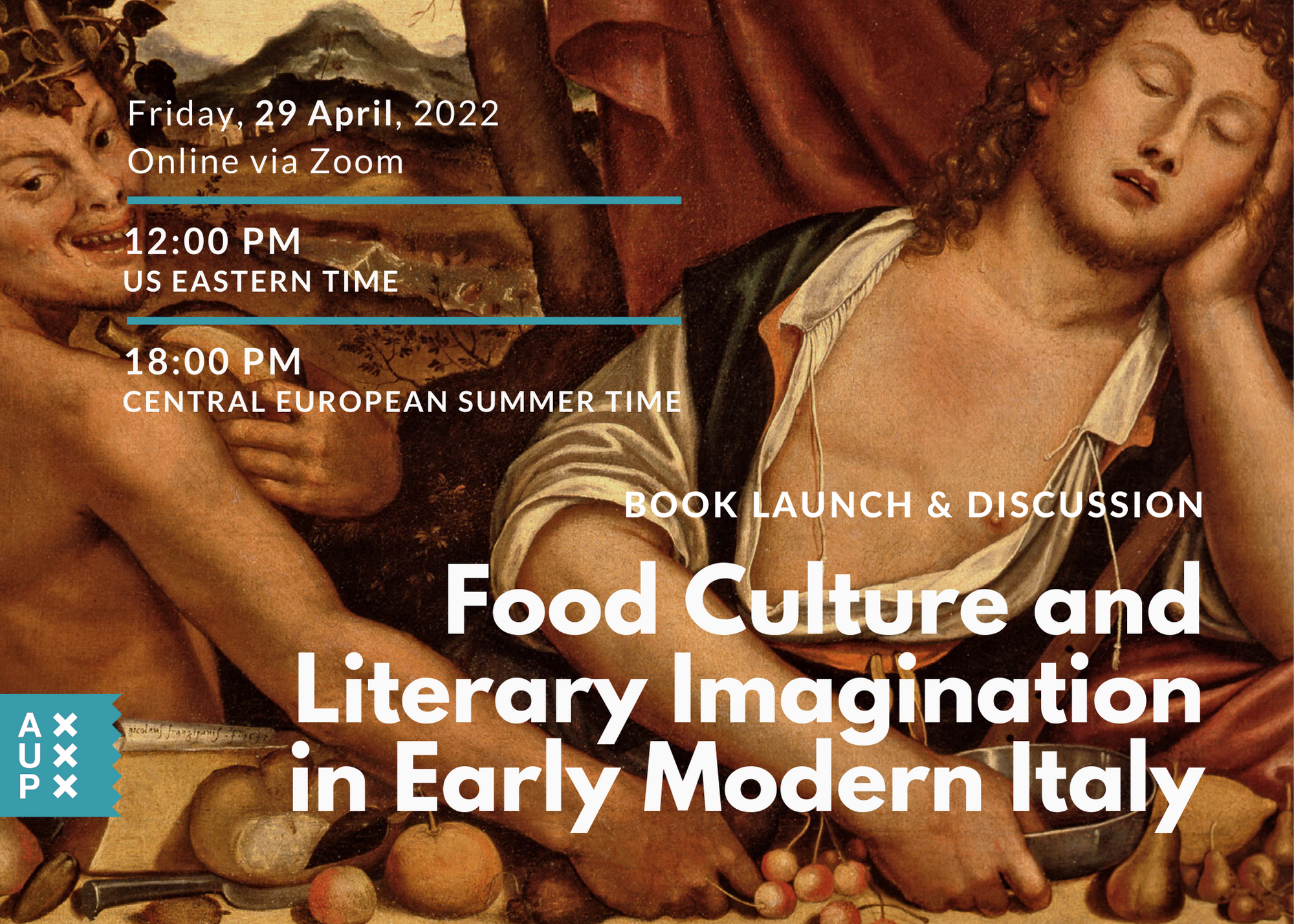 Join us to celebrate the launch of 'Food Culture and Literary Imagination in Early Modern Italy: The Renaissance of Taste'. This online launch is for anyone interested in early modern Italian food culture and its literary representations.

Alessandro Arcangeli, Associate Professor, University of Verona. Former Chair of the International Society for Cultural History (2013-2017), he is the author of one of the main reference books on the methodology and historiography of cultural history.

As the long sixteenth century came to a close, new positive ideas of gusto/ taste opened a rich counter vision of food and taste where material practice, sensory perceptions and imagination contended with traditional social values, morality, and dietetic/medical discourse. Exploring the complex and evocative ways the early modern Italian culture of food was imagined in the literature of the time, Food Culture and the Literary Imagination in Early Modern Italy reveals that while a moral and disciplinary vision tried to control the discourse on food and eating in medical and dietetic treatises of the sixteenth century and prescriptive literature, a wide range of literary works contributed to a revolution in eating and taste. In the process long held visions of food and eating, as related to social order and hierarchy, medicine, sexuality and gender, religion and morality, pleasure and the senses, were questioned, tested and overturned, and eating and its pleasures would never be the same.

Registration (free) is required for this event: https://us06web.zoom.us/meeting/register/tZItc-6tqT4vH9C1Iih8MQzKpt_fYSdbpO9N. After registering, participants will receive a confirmation email containing information about joining the meeting.

Attendees can take advantage of a 40% discount on the book with the code AUPEMS, valid until 31 May 2022. For details, visit: https://www.aup.nl/en/promotion/save-on-early-modern-studies-at-aup.

Thursday, February 9th, 2023 - 18:00
Zoom
Join us to celebrate the launch of 'Netherlandish and Italian Female Portraiture in the Fifteenth Century'.
+ More events