Making Sense of the Kashmir Conflict: A Borderland of Diversity

"During my almost yearly trips from 2009 to 2013 to carry out field research in the Kashmir Valley and Ladakh, I noticed how the Kashmir space was rapidly changing", writes Antía Mato Bouzas, author of Kashmir as a Borderland: The Politics of Space and Belonging across the Line of Control 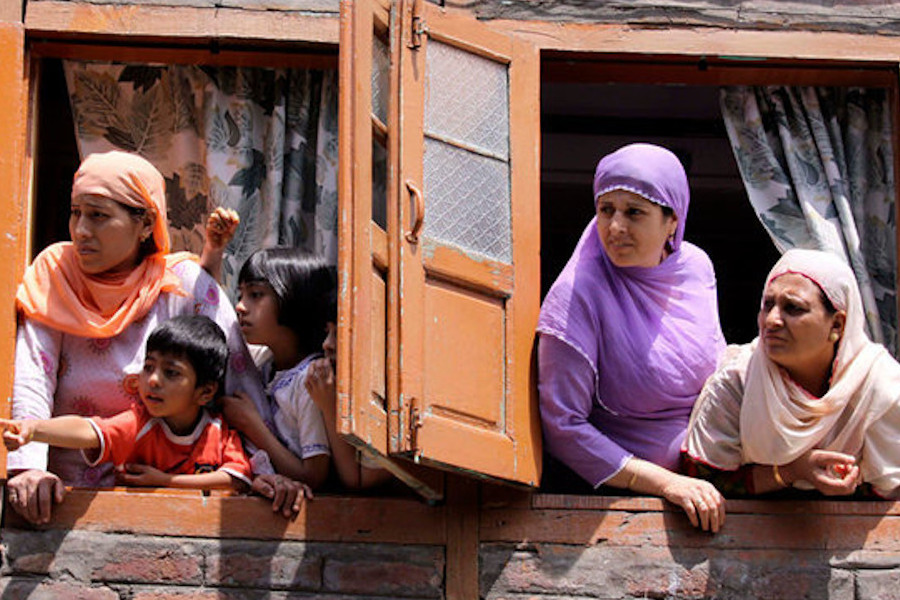 Every year, as a sort of ritual, I would spend some time in Srinagar and afterwards take a shared jeep towards Kargil to then proceed toward Leh. During this journey, I could contemplate the interventions in these territories by politically motivated actors. Tourism (and especially the Hindu pilgrimage to the Amarnath cave) was booming, and official slogans claimed that Kashmir was moving toward “normalization”. However, the persistence of the militarization of the Valley and the continuous clashes of youth throwing stones at the paramilitary forces on Fridays indicated that the conflict was very much alive.

The revocation of article 35A by the Indian Parliament on 5 August, under the Jammu and Kashmir Reorganisation Bill of 2019, can be seen as a culmination of that plan of “normalization”, which amounts to supressing the state’s special autonomy by making Jammu and Kashmir a “normal” territory of the Indian Republic. This Indian Republic, however, is different from the one envisaged by Jawaharlal Nehru and other leading figures of the independence movement, who underscored secularism as an element of nation building to accommodate diversity. This Indian Republic is part of a Hindu nationalist project which inscribes its religious ideology on territory.

In my book Kashmir as a Borderland (Amsterdam University Press, 2019), I show how, despite the discourses of globalization and the apparent loss of importance of borders, there are zones in the world, such as the Kashmir region, in which separation is being reinforced on behalf of that very discourse of an opening of borders. This is the case of the Line of Control (LoC) that divides the Indian- and Pakistani- administered territories. India and Pakistan have permitted some cross-LoC mobility for divided families and trade at select locations after the India-Pakistan dialogue process, initiated in 2004. These measures were applauded by the international community as a sign of peace building in what is known as the “most dangerous place in the world”, in the words of former President Clinton. However, if we analyse the context on the ground, by asking those affected, things are seen differently. While the reunion of divided families (bureaucratic restrictions made it possible that only a limited number could travel across the LoC) has been welcomed by all, there has been a parallel process of bureaucratization of the LoC that is highly contested by nationalist groups. In fact, the LoC is a disputed border, and its gradual opening and walling (for security reasons) shows how it is becoming a normal border that filters mobility. This regulation of the LoC also coincides with a process of incorporation of the divided territories as part of the states of India and Pakistan.

The entire Kashmir disputed region is highly diverse in cultural, social, political, and economic terms. This diversity is difficult to manage politically if the dominant approaches to understand these territories are those of a search for homogeneity, or the existence of a majority group. Kashmir has been historically constructed as a borderland. Borderlands “constitute instances of or ‘contexts’ for spatial transformation where the resulting interactions can be read as a process of ‘becoming’ rather than of ‘being’.” People living in these territories articulate a relationship with a place and a collective (a given social group) characterized by a degree of ambivalence and distance, due to the uncertain political contexts in which they live or, in other words, the ways they have been “bordered”. This relationship of ambivalence can be grasped by the notion of belonging. The study of belonging “uncovers crucial aspects of politics related to territorial fixity and identity” and opens up new avenues for thinking of more inclusive forms of politics. Unfortunately, the decision of the Indian government goes against this notion since it is part of the old politics of “divide and rule”. And the consequences can be unpredictable.

Dr. Antía Mato Bouzas is a researcher at Leibniz-Zentrum Moderner Orient, Berlin. Her research focus is on the politics of the South Asian region, with an interest on borders and citizenship. She currently works on a project funded by the DFG (German Research Foundation) on migration from north-eastern Pakistan to the Gulf.

Kashmir as a Borderland examines the Kashmir dispute from both sides of the Line of Control and within the theoretical frame of border studies. It draws on the experiences of those living in these territories such as divided families, traders, cultural and social activists. Download the table of contents & introduction. 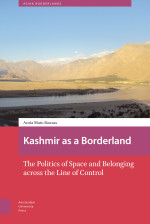