In this article, originally published on the Arc Humanities Press blog, Jeffrey Kahan provides insight to the process and logic behind his book Shakespeare and Superheroes, the inaugural volume in Arc's Recreational Shakespeare series. The book invites Shakespeareans to rediscover the wonders and pleasures of fandom, by exploring the storytelling and moral values common to both Shakespeare and comic books. 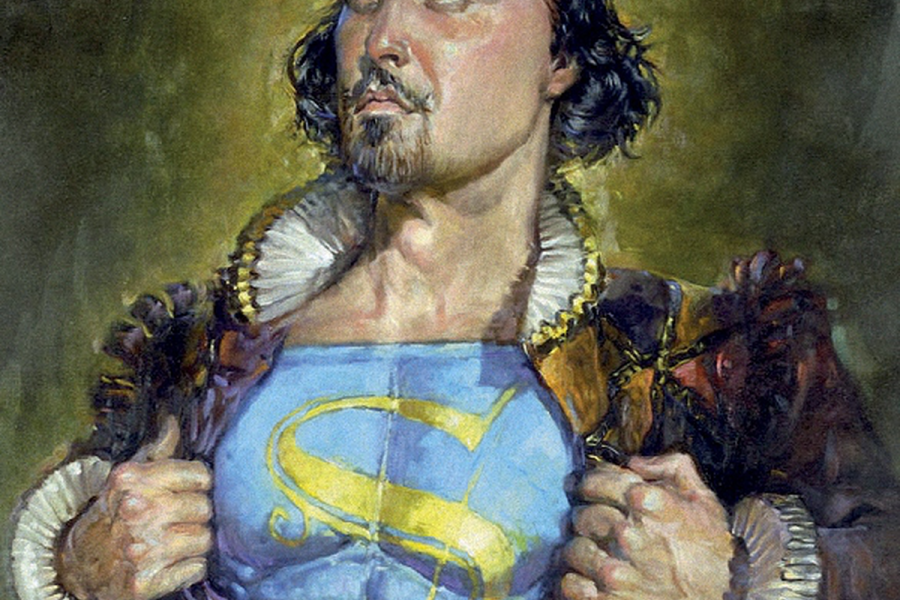 From the cover of Shakespeare and Superheroes. Artwork by Mathew McFarren

As a child, I read comic books incessantly. Every Monday, my local corner store would rack the new Marvel and DC Comics for the week. I’d go in, pick out those I liked best, Captain America, Thor, Batman, X-Men, and stash them on a bottom rung, behind the unenticing Richie Rich, Disney, and Archie comics (though still a kid, I felt that I was already too big, too advanced for those titles). Then I would wait until Friday; my mom would give me a dollar, and I would ride my bike back to the shop and retrieve my buried treasure. I would read each issue cover to cover, then bag and board them. It wasn’t the financial value that I was sealing up. I just wanted to keep and catalogue those issues, so that I could revisit them whenever I liked. Indeed, even as a kid, I understood that Marvel and DC were creating literary universes, and that any one story had an impact on the whole; storing back issues was just part and parcel of comic book reading.

While I lacked the formal language of literary criticism, comic books taught me the Aristotelian basics: I learned about character flaw (hamartia); I became expert in anticipating a reversal of fortune (peripeteia), in sharing with the hero a moment of tragic recognition (anagnorisis), and, in the price paid to vanquish evil, a spiritual cleansing (catharsis). Initially, connecting boyhood interests with my present, formal studies may seem pointlessly introspective; however, anecdotal conversations with students and fellow scholars have convinced me that what I am doing here is more than just engaging in Looney Tunes-like flights of fancy. It is entirely normal to catalogue literary experiences, to align certain texts and characters with each other.

For this writer, the process begins with a recognition of superficial plot points. In the case of Arrow (we’re talking about the TV show version) and Hamlet, my argument is that both are errand boys with “things to do,” but their seemingly straightforward tasks are complicated by their diseased wits and unreliable moral compasses. Memories, both heroes come to understand, don’t always conform to reality. This insight leads to a series of philosophical inquiries concerning the nature of the self. If a person is changed by events, then it follows that the person who commits an act, whether heroic or heinous, no longer exists in the same state afterwards. Arrow and Hamlet, thus, find themselves continuously missing the mark, perpetually chasing down ghosts of the actual. In the case of Wonder Woman and Fidele, I argue that both have a fluid understanding of gender. If biology is not a marker that defines sexual preference, to what extent are we living our own lives; to what extent are we merely playing out our socially appointed roles, and can we, and should we, self-liberate from the inherited habits and habiliments of our society? In the case of Iago and Deadpool, we see a similar, albeit darker, philosophical impulse: that core beliefs filter life experience. As Iago and Deadpool have no core beliefs, they have no meaningful experiences, and no way to connect with the community. We often get a sense that these characters can step out of their worlds and into ours. Not that setting makes much of a difference; while seeking the spotlight, their staged personas suggest the emptiness of nonbeing. As a consequence, their lives are a series of existential farces, played out in cruel gags, puns, and put-ons.

Am I reading too much into comic books? A recent Chronicle of Higher Education op-ed on the dangers of teaching Harry Potter to college kids suggests that I may be doing the profession (and my students) a disservice:

The story of Satan’s rebellion in Paradise Lostis a complex meditation on freedom, monarchal authority, and the emergence of democracy. Moby-Dickis an allegory of national expansion and slavery. The Harry Potter stories, meanwhile, are wonderful reflections on friendship, courage, and the dichotomies of good and evil – which is to say that they’re great children’s literature. Why make them out to be more than that? (1)

I can recognize the logic—and the stuffy self-importance. Literature professors might not change reality with a keystroke, but we are, to give us our due, inheritors of a heritage that stretches back to at least Homer, the Odin-like All-Father of Western Literature. But there is another, more recent Homer, not the olive-eyed poet of Bronze Age Greece, but the donut-addicted modern everyman Homer Simpson of Springfield.

Shakespeare and Superheroes is informed by a lifetime of being, reading, feeling and thinking about two forms of influential literature: Shakespeare, embraced for centuries by academics, theater goers, and ordinary readers; and superhero comic books, now, arguably, the dominant literary expression of our era. In the pages that follow, my hope is that in reflecting on my interconnected interests and absurdities, you will know that you are not alone in yours. Welcome to the family.

Jeffrey Kahan is the author of many books, including Reforging Shakespeare (Associated University Presses, 1998), The Cult of Kean (Ashgate, 2006), Caped Crusaders 101: Composition Through Comic Books (McFarland, 2006; 2nd ed., rev. and enl. 2010), Bettymania and the Birth of Celebrity Culture (Lehigh University Press, 2010), Shakespritualism: Shakespeare and the Occult, 1850-1950 (Palgrave, 2013), The Quest for Shakespeare (Palgrave, 2017), and Shakespeare and Superheroes (ARC, 2018). He also writes on Gothic novels, Ray Bradbury, and R.E. Howard. You can follow Jeffrey Kahan on his Superhero FB page, Be Super!, read his fanboy comic book essays, track his formal criticism, or write to him directly at Vortiger@hotmail.com.

This article was originally published on the Arc Humanities Press blog. 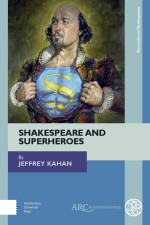