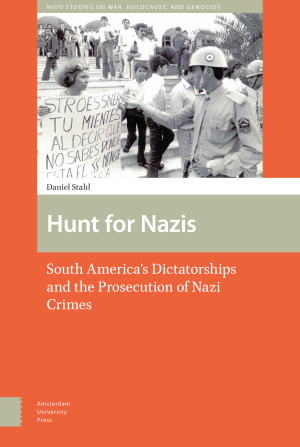 "Stahl delivers a sweeping narrative of fifty years of frustrated post-war justice hampered by international politics and national self-interest. His exhaustive research of relevant European and South American archives informs a convincing argument for why such extensive efforts to hunt Nazis in South America netted only six."
- Tony Foreman, Francia-Recensio 2020/2

"Daniel Stahl has conducted research in European and South American archives. The work supplies a certain and disgraceful answer to what has long been suspected: that there was a broad coalition of people -- across continents and within the courts, police, governments and administrations -- that was unwilling to act or even thwarted the prosecution of Nazi criminals for decades."
- Der Spiegel

For the German publication of Hunt for Nazis Daniel Stahl received the Opus Primum award (10.000 Euros) of the Volkswagen Foundation, Germany's largest private research funder: "In Hunt for Nazis, Daniel Stahl takes up one of the controversial topics of recent history. The author's strength is his great mastery of content and style, allowing him to reveal the various motivations of the investigations into Nazi crimes, which were carried out over the course of generations. Stahl's depiction of the changing constellations of interests and the continuities of functions and functionaries is backed up with detailed sources. The author dares to engage with a piece of contemporary history that will only get more relevant in the years to come.
- The jury of the Opus Primum award of the Volkwagen Foundation

"Some of the facts concerning the hunt for Nazis in South America are familiar. But Daniel Stahl's great achievement is to put this process in the context of attempts to come to terms with and cover up the past, human rights activists and interpreters of the Holocaust, and the politics of national and international interests. A milestone in the treatment of this topic."
- Deutschlandfunk Radio

South America's Dictatorships and the Prosecution of Nazi Crimes

Hunt for Nazis is the first comprehensive account of the post-1945 efforts to bring Nazi war criminals who had escaped to South America to justice. The author shows that the Nazi hunt -- which resulted in spectacular cases like the kidnapping of Adolf Eichmann -- should not only be understood as part of the afterlife of the Third Reich, but that it also became an integral aspect of dealing with repression at the hands of authoritarian regimes in South America. Dissidents and human rights activists assumed that the escaped Nazi perpetrators and collaborators continued to be involved in violent crimes in the service of these new dictatorships.
€ 108,99
+ Order this e-Book
Author 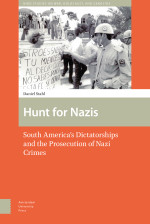 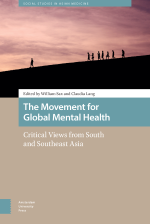 The Movement for Global Mental Health 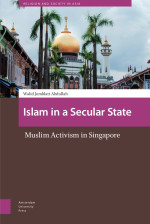 Islam in a Secular State 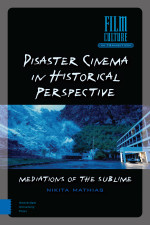