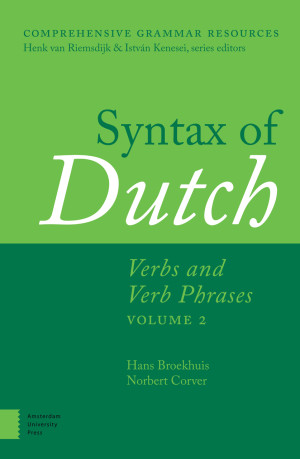 14% discount on a subscription to the complete series, please contact us via orders@aup.nl.

The Syntax of Dutch aims at presenting a synthesis of the currently available syntactic knowledge of Dutch. It is primarily concerned with language description and not with linguistic theory, and provides support to all researchers interested in matters relating to the syntax of Dutch, including advanced students of language and linguistics.

Syntax of Dutch: Verbs and Verb Phrases consists of three volumes. Volume 1 opens with a general introduction to verbs, including a review of various verb classifications and discussions on inflection, tense, mood, modality and aspect. This is followed by a comprehensive discussion of complementation (argument structure and verb frame alternations). Volume 2 continues the discussion of complementation, but is more specifically focused on clausal complements: the reader will find detailed discussions of finite and infinitival argument clauses, complex verb constructions and verb clustering. Volume 3 concludes with a description of adverbial modification and the overall structure of clauses in relation to, e.g., word order (verb placement, wh-movement. extraposition phenomena, scrambling, etc.).
€ 115,00
+ Order this book
Authors

Hans Broekhuis is a researcher on the Variationist Linguistics Language Portal at the Meertens Instituut, part of the Dutch academy of sciences (KNAW). He has published with colleagues many volumes in the Syntax of Dutch series, and has co-edited Broekhuis, H. & R. Vogel. (2013) Linguistic Derivations and Filtering. Minimalism and Optimality Theory (Equinox, 2013), and a monograph entitled Derivations and evaluations. Object shift in the Germanic languages (Mouton de Gruyter, 2008)

Norbert Corver is professor of Dutch linguistics at Utrecht University. 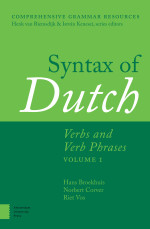 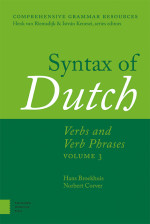 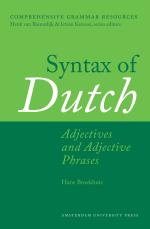 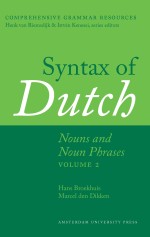