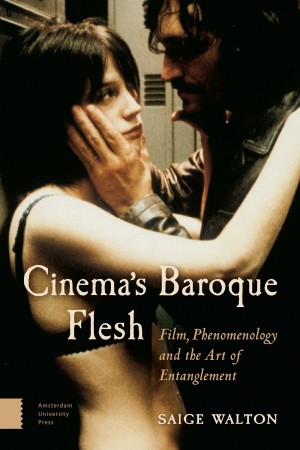 'Exhaustively researched and full of scholarly rigour, Saige Walton’s Cinema’s Baroque Flesh: Film, Phenomenology and the Art of Entanglement attempts to rehabilitate, or at least resituate, the baroque within fine art and, especially, cinema ... Walton’s arguments linking the baroque, phenomenology, and the experience of film offer the most convincing explanation for the popularity of film-philosophy’s recent phenomenological turn. She successfully, painstakingly, and sometimes even poetically, maps out the connections between the film’s "body" and our own, a relationship that is loaded with as much meaning as the baroque itself is rife with sensations and ideas.' - Michelle Devereaux, ALPHAVILE issue 16 (2019), read the full review online.

'Walton’s passion and enthusiasm for her chosen film texts is contagious. She conducts highly original close analyses of the films, which she dubs Ÿdynamic thought experiments in what a baroque cinema of the senses might involve and how it is experiencedŒ (26) ... As film theory continues to turn more and more to the question of how the film body and the spectatorial body interact and intertwine, Cinema’s Baroque Flesh proves an invaluable contribution. By theorising the flesh of baroque cinema as both thoughtful and sensuous, Walton prompts us to look at and experience it anew.' - Athena Bellas, University of Melbourne, Screening the Past, Issue 43 (April 2018)

'Like the SQUID in Strange Days, Walton undertakes thought experiments in the cinema as sensory overload. Walton speaks to a splendid array of theoretical and practical objects, producing a radical reading of cinema in, of and as baroque embodiment. The analyses of individual films are generative devices for testing and contesting phenomenology and cultural history, producing startling readings of films and intriguing avenues for understanding what occurs when we watch them.' - Sean Cubitt, Professor of Film and Television at Goldsmiths, University of London.

‘Cinema enables us to look back, in a productive anachronism, to the radical way baroque thought and aesthetics refused to consider the mind on its own. Through detailed analyses, Saige Walton discovers Merleau-Ponty as a baroque thinker. But to make that discovery, cinema’s fundamental baroqueness need(s) uncovering as well. Walton stages a sparkling encounter between three moments, aesthetics, and modes of looking.’ - Mieke Bal, Professor of Theory of Literature and a founding director of the Amsterdam School for Cultural Analysis (ASCA).

‘In the tradition of scholarship devoted to cinema as embodied and sensorial experience, Saige Walton’s book distinguishes itself as a truly original and passionate work. In a bold move, Walton’s exploration of the baroque (...) finds inspiration in a felicitous connection with Merleau-Ponty’s philosophy of flesh. Cinema’s Baroque Flesh is essential reading for all film students and scholars seeking to feel the thoughtful and sensuous entanglements of cinema.’ - Elena del Río, Professor of Film Studies, University of Alberta, author of The Grace of Destruction: A Vital Ethology of Extreme Cinemas.

"One of the pleasures of the Cinema’s Baroque Flesh lies in the seriousness with which the history of art is taken; it is not a reference point but a considered continuum. The strength of the book lies in its sensible linking of the chiasm of phenomenology to the chiasmus of baroque aesthetics, thinking through the decorative interplay of objectivity and subjectivity, concrete and abstract, literal and figural." - John Edmond, Senses of Cinema

Film, Phenomenology and the Art of Entanglement

In Cinema's Baroque Flesh, Saige Walton draws on the philosophy of Maurice Merleau-Ponty to argue for a distinct aesthetic category of film and a unique cinema of the senses: baroque cinema. Combining media archaeological work with art history, phenomenology, and film studies, the book offers close analyses of a range of historic baroque artworks and films, including Caché, Strange Days, the films of Buster Keaton, and many more. Walton pursues previously unexplored connections between film, the baroque, and the body, opening up new avenues of embodied film theory that can make room for structure, signification, and thought, as well as the aesthetics of sensation.

Saige Walton is Lecturer in Screen Studies at the University of South Australia, a member of the Hawke Research Institute and a former assistant curator with the Australian Centre for the Moving Image. 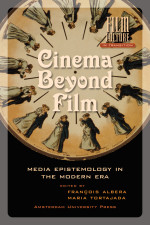 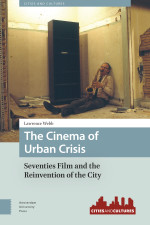 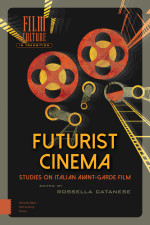