Vincent van Gogh’s Sunflowers are widely viewed as icons of Western European art. Two of these masterpieces – the first version painted in August 1888 (National Gallery, London) and the one done in January 1889 (Van Gogh Museum, Amsterdam) – have been intensively studied by an international, interdisciplinary team of experts.

Published by Amsterdam University Press in collaboration with the Van Gogh Museum, Amsterdam, Van Gogh’s Sunflowers Illuminated: Art Meets Science is a scholarly publication in which more than 30 authors – scientists, conservation experts and art historians – present the results of several years of research using the latest techniques into the two Sunflowers paintings.

The works have been examined in-depth using a wide range of techniques, including state-of-the-art, non-invasive analysis methods, to look closely at and below the paint surface. The book describes the genesis of the paintings, the materials and techniques that were used, the impact of past restorations on their current condition, the discolouration that has occurred and the special significance that the sunflower held for Van Gogh.

Ella Hendriks initiated the Sunflowers study when she was senior conservator at the Van Gogh Museum. Following her appointment as Professor of Conservation and Restoration of Cultural Heritage at the University of Amsterdam, she remained the central figure in both the ongoing research and the realization of this book. In addition to her contribution as one of the authors, she was the joint chief editor with Marije Vellekoop, head of Collections and Research at the Van Gogh Museum. Commenting on the book, the first in the new Van Gogh Museum Studies series, Vellekoop says:

‘We are grateful for the valuable collaboration we have enjoyed with Ella Hendriks and are proud of this publication, which contributes to scholarly research into Van Gogh and to our knowledge of nineteenth-century materials. The book shows how much knowledge can be gained when different research techniques and areas of expertise are brought together.’

The following institutions worked with the Van Gogh Museum on the research and on the preparation of the scholarly publication: The National Gallery in London, the University of Amsterdam, the Cultural Heritage Agency of the Netherlands (RCE), the University of Antwerp, and Shell Nederland. Access to the MOLAB platform (CNR-ISTM/SMAArt in Perugia, Italy, and the Nicolaus Copernicus University in Torún, Poland) was supported financially by the European research project IPERION CH.

Van Gogh’s Sunflowers Illuminated: Art Meets Science was launched on Friday 21 June at the Van Gogh Museum during the international symposium Van Gogh and the Sunflowers, at which members of the multidisciplinary research team presented their key findings.

Any press enquiries should be sent to the Press Office of the Van Gogh Museum, pressoffice@vangoghmuseum.nl or to Lucia Dove, Marketing, Sales and Content Coordinator Amsterdam University Press, l.dove@aup.nl. 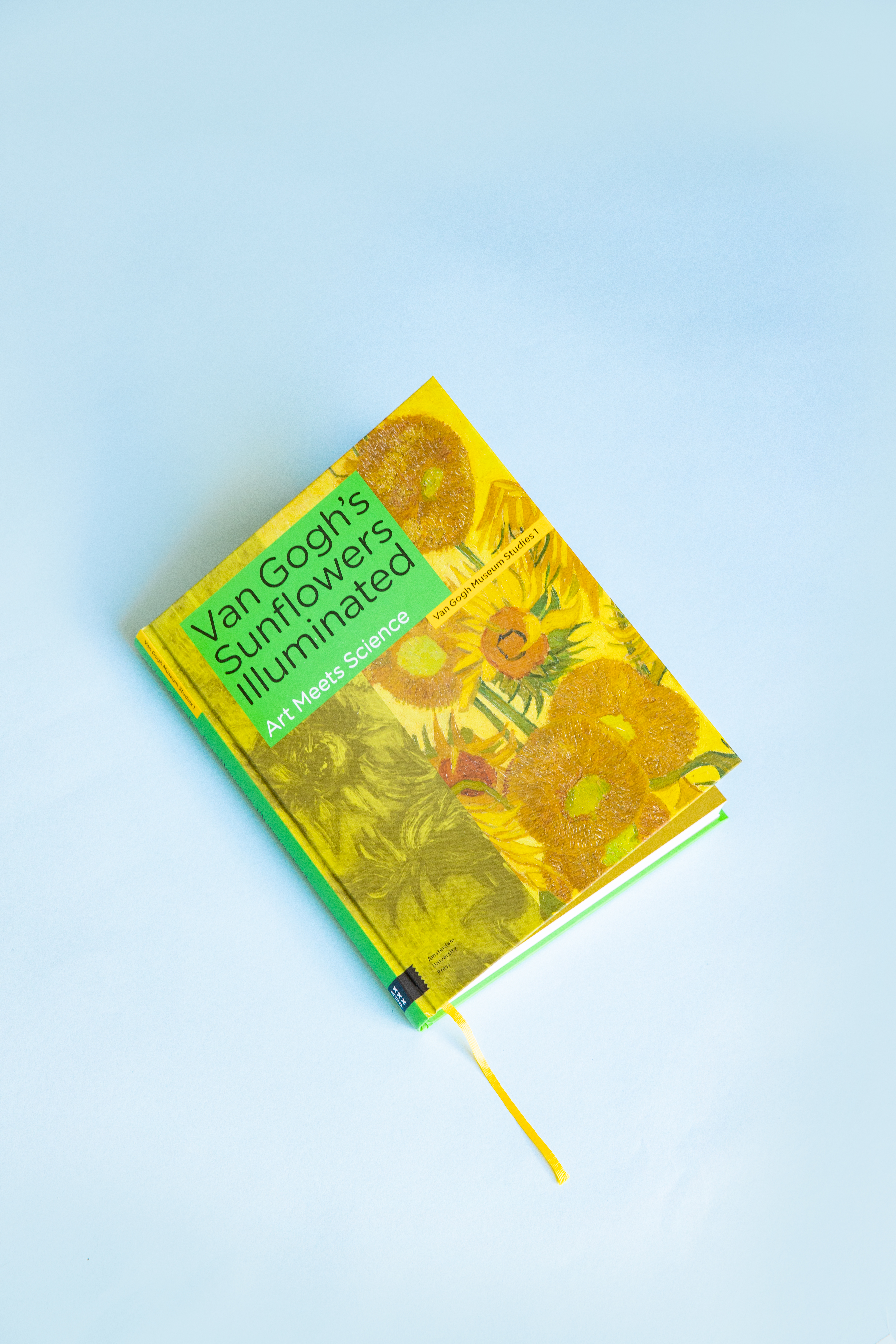