"Lúcia Nagib redefines realism not as a mere question of rhetoric or style, or a product of a certain age and place, but as a deep and steadfast commitment of filmmakers to an "ethics of the real" based on various forms of engagement with physical reality, which may include "passages" provided by the other arts. Her incisive theoretical arguments and finely nuanced close readings will change forever how we think of the unity of art and reality, or the role of intermediality in cinema."
- Agnes Petho, Professor of Film Studies, Sapientia Hungarian University of Transylvania

"With a rare combination of depth and range, Lúcia Nagib reframes the debate about realism in cinema by connecting it with a world cinema framework and looking at the work of directors as diverse as Abderrahmane Sissako, Edgar Reitz, Wim Wenders, Mizoguchi Kenji and Lucchino Visconti through the lens of the concept of intermediality. In this lucid and beautifully written tour de force of a book, Nagib offers fascinating new readings of classical works of cinema and extends an exciting invitation to film scholars and the broader public to think differently about possible new pathways to and through the history of film as an art form."
- Vinzenz Hediger, Professor of Cinema Studies, Goethe Universität Frankfurt

This book presents the bold and original proposal to replace the general appellation of ‘world cinema’ with the more substantive concept of ‘realist cinema’. Veering away from the usual focus on modes of reception and spectatorship, it locates instead cinematic realism in the way films are made. The volume is structured across three innovative categories of realist modes of production: ‘noncinema’, or a cinema that aspires to be life itself; ‘intermedial passages’, or films that incorporate other artforms as a channel to historical and political reality; and ‘total cinema’, or films moved by a totalising impulse, be it towards the total artwork, total history or universalising landscapes. Though mostly devoted to recent productions, each part starts with the analysis of foundational classics, which have paved the way for future realist endeavours, proving that realism is timeless and inherent in cinema from its origin.
€ 105,00
+ Order this book
Author

Lúcia Nagib is Professor of Film at the University of Reading. Her many books include World Cinema and the Ethics of Realism and Brazil on Screen: Cinema Novo, New Cinema, Utopia. She is the co-director of the feature-length documentary film Passages (2019). 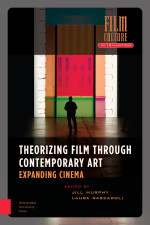 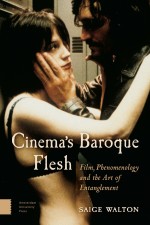 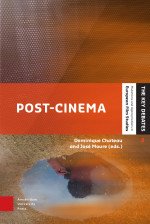 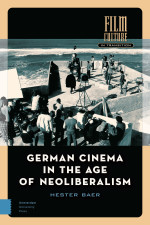